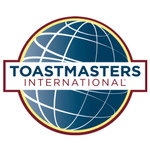 This was quite natural since at the time it was chartered eight of the initial 29 charter members of the Club then resided at the Downtown YMCA. Since the chartering of Big “D” occurred just over three years after World War II ended affordable housing was then still in short supply.

Many single young men, especially former servicemen who had been away for years in military service, lived in their local YMCAs, many of which then offered transient housing. The Downtown Branch’s building at the time of the Club’s chartering, that incorporating the residential facilities, was razed in the 1970s.

This venue also bore an interesting connection to the origins of Toastmasters International. Ralph C. Smedley, a director of education for the YMCA, organized the first Toastmasters Club in the basement of the local YMCA in Santa Ana, California on October 22, 1924.

From its founding in 1924, and consistent with its connection to the YMCA, From its formation Toastmasters International was an organization that opened its membership only to men over the age of 18. Its success in helping its members to improve their oral communications and leadership skills became widely known, however, and woman wished to be able to benefit from participation in such a program. Accordingly, an organization open solely to women, based closely on the Toastmasters model and called Toastmistress International, was organized in the late 1930s.

Interestingly Toastmistress International established its presence in Dallas before Toastmasters International did. One of the dignitaries attending the Big “D” Charter Presentation Banquet, and the first person to offer congratulations during that evening’s program, was Miss Mary Allen, President of Dallas Toastmistress Club.

Eventually Toastmasters International’s leadership took note of societal changes that suggested to many that our organization’s membership should be opened to women also. Consistent with this thinking the International Convention, held right here in the great State of Texas (at Houston) in August 1973, approved by an overwhelming affirmative vote an amendment in the International Constitution providing that any affiliated club could vote to admit any person into its membership.

This amendment in the International Constitution, however, was not automatic for affiliated clubs, and each club had to amend its own Club Constitution before that club’s restriction of its membership to men could be changed. This set off quite a debate within Big “D” (and other Toastmasters clubs worldwide).

Many of our current members were quite satisfied with the status quo. They saw no compelling reason to open membership to woman, especially in view of the fact that women already had their own “Toastmasters equivalent” in Toastmistress International.

It took two attempts, but in a very contentious vote in November 1974 an amendment to our Club’s Constitution was passed to allow women to become members of our Club. The Club was far from united in favoring this change, though, and a number of our long-time, loyal members then quit their memberships in protest of this change in the permitted composition of our membership. Toastmistress International ultimately ceased to exist in the early 1990s as the membership base it had traditionally drawn on had largely been preempted by the action of Toastmasters International to admit women as members.

Big “D” has always excelled in the quality of its educational and leadership development, and has been prominent in its contributions to the Toastmasters International programs in our area. We have furnished no fewer that eight district governors for the district that has included our Club.

Additionally, over the years of our illustrious existence literally hundreds of Dallas’ citizens, both prominent and unremarkable, have participated in and benefited from the educational programs offered by Big “D”. These have included a man that was hired as the youngest city manager ever employed by the City of Dallas, prominent newspaper and magazine journalists, business executives and entrepreneurs, physicians, accountants and lawyers, and many other citizens that have left their marks on our community.

We have left a proud legacy for the last 62 years. Long live Big “D!”

This article was originally written in 2011 by former Big "D" member John Sessions. Mr. Sessions left Big "D" Toastmasters in 2017, but was a member of Big "D" for over 40+ years. The current members of Big "D" will always be grateful for the information he has provided to us about the history of the club.

We found news media coverage of Big "D" Toastmasters in the newspaper archives. Check them out here.

The information on this website is for the sole use of Toastmasters’ members for Toastmasters business only. It is not to be used for solicitation and distribution of non-Toastmasters material or information.
Some items and links on this site are for current Big "D" Toastmaster members only.
Dallas' oldest and most entertaining Toastmaster's club!
Club Number: 00000713, District 50, Area 34
Charter Date: Mar. 1, 1949
© 1949 - 2023 Big "D" Toastmasters Club 713 - All Rights Reserved